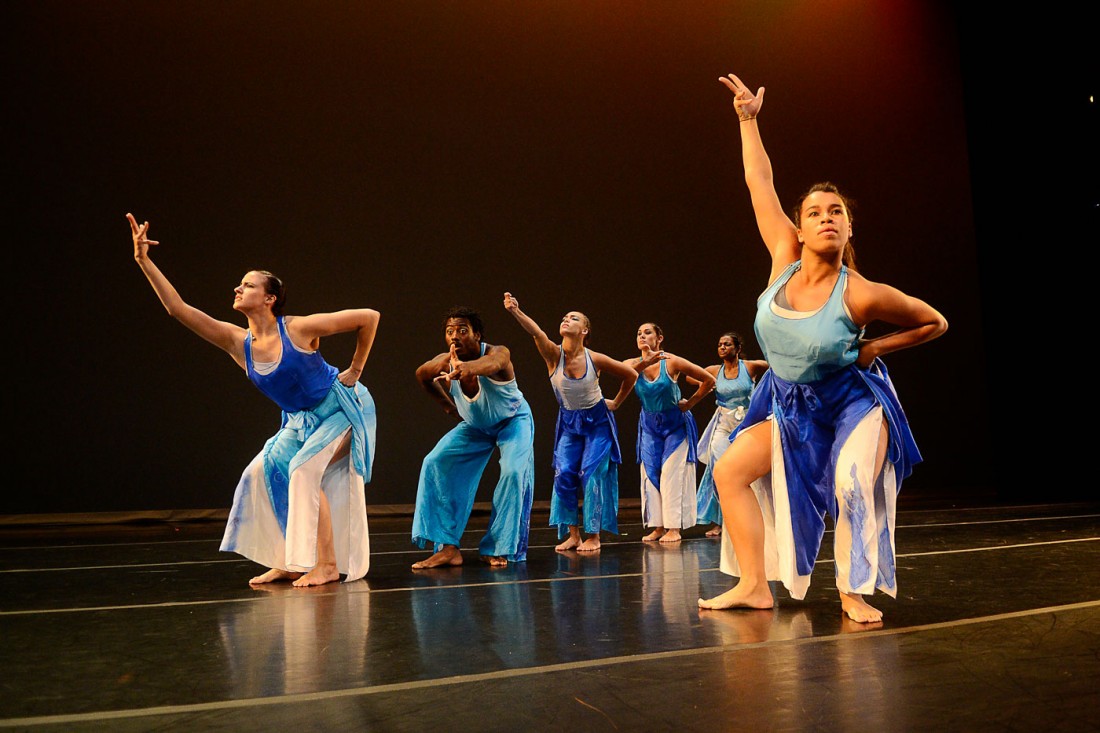 Mohona, estuaries of desire, works through stories of women’s lives around access to water. The increasing privatization of bodies of water, originally a communally held resource has sparked crises of potable water for many communities around the world, and lead to increased violence against women, who are often the collectors of water for their families.

END_OF_DOCUMENT_TOKEN_TO_BE_REPLACED 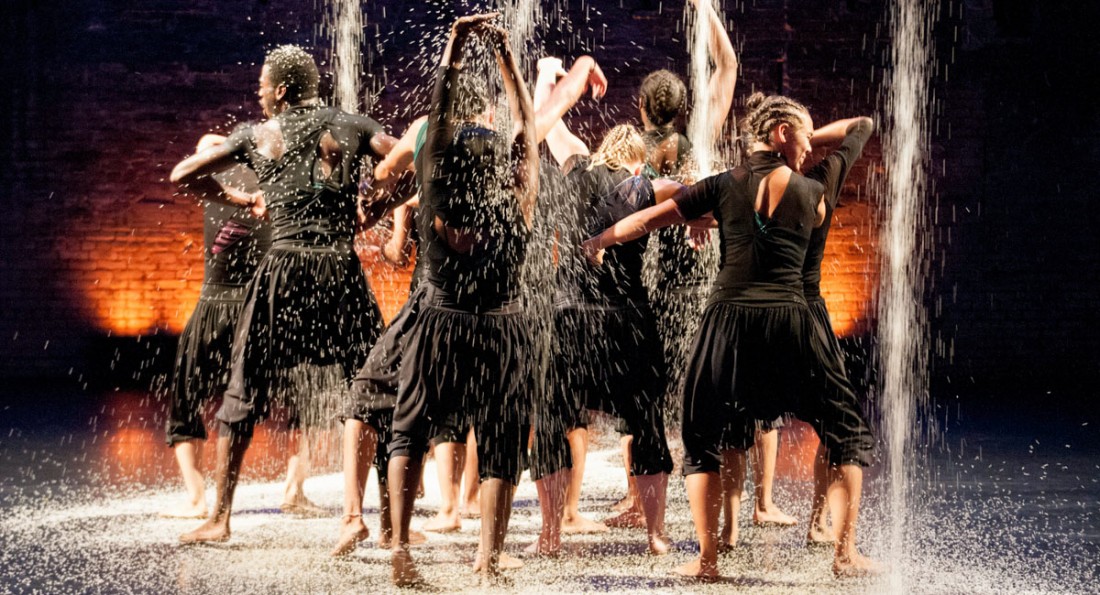 Moreechika brings together many stories: the belief of the U’wa people of Colombia, who think of oil as ruiria, blood of the earth, which must be respected as part of the natural world; the protests of the indigenous Kichwa women of Ecuador to Chevron oil; the debates in North America about the Keystone XL Pipeline through Native American lands; and the fight and martyrdom of Nigerian activist Ken Saro-Wiwa against Shell Oil, responsible for the destruction of the land and ecosystem of the Ogoni people. At several points in the work, the dancers whisper Saro-Wiwa’s courageous words, “dance your anger/and your joys/dance the guns to silence/dance dance dance.”

END_OF_DOCUMENT_TOKEN_TO_BE_REPLACED 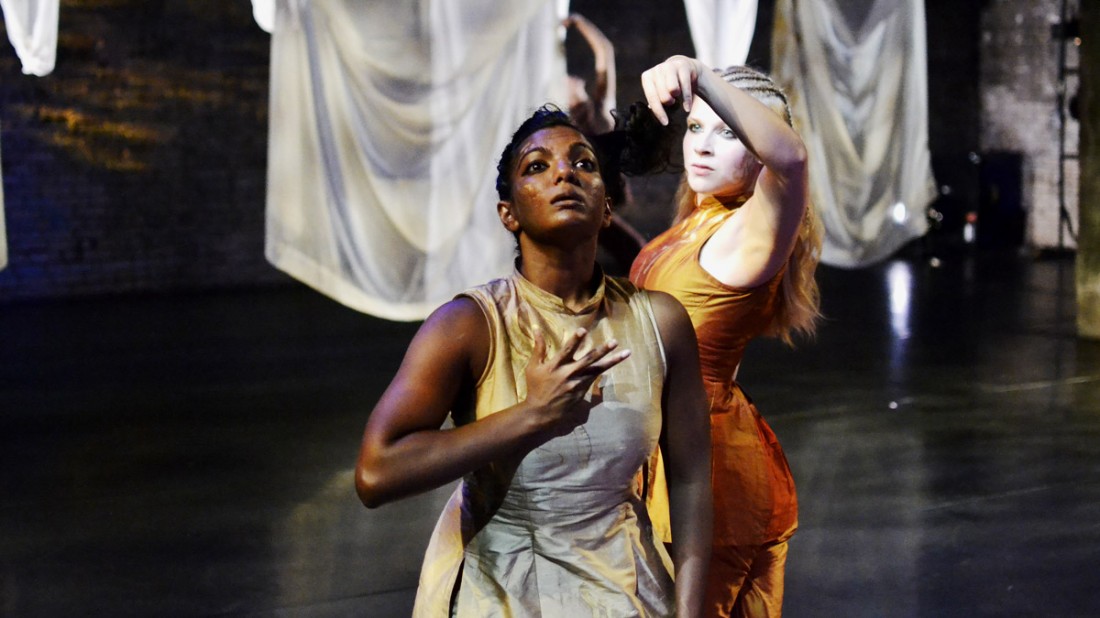 Tushaanal choreographs stories of the systemic violence associated with the mining control, and distribution of gold. Here, gold signifies itself specifically, and also invokes the “conflict minerals,” tungsten, tatalum, tin, and gold, mining for which has caused a trail of destruction in many communities, including mass rapes in Congo, the forced eviction by police of families in Papua, New Guinea, and the continued violence of apartheid in South Africa. Gold is also currency, a status symbol that leads to unnecessary dowry deaths in South Asia. Tushaanal, “fires of dry grass” that are difficult to put out and, metaphorically, fires of an inconsolable affliction, brings these different stories together and asks audiences and performers to rethink the value they place on such elements and critique the practices that surround their production.

END_OF_DOCUMENT_TOKEN_TO_BE_REPLACED 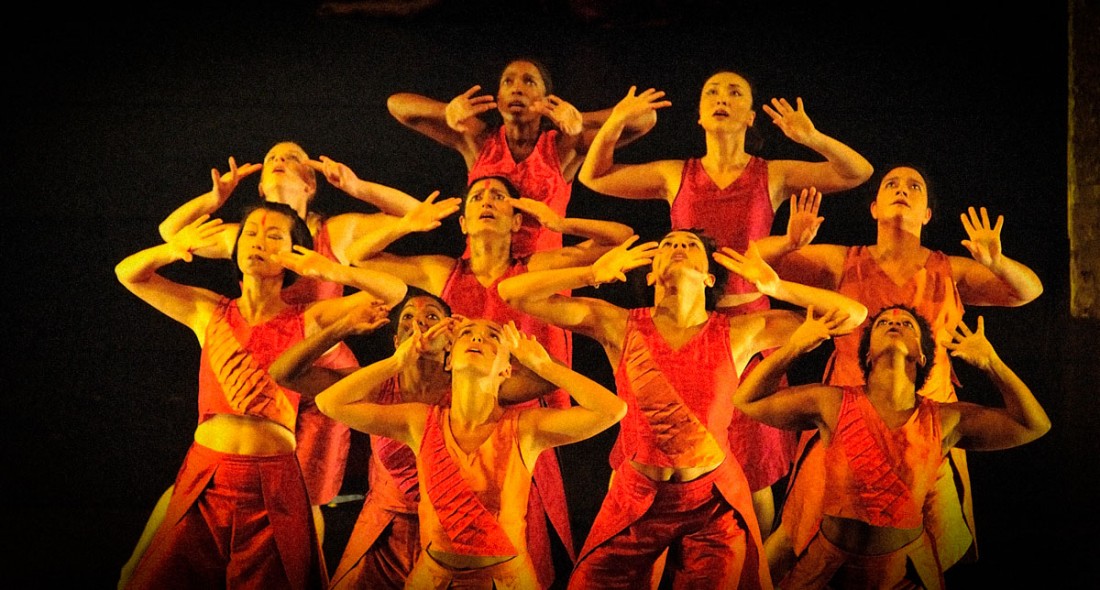 In “Kshoy!/Decay!” (“kshoy” is the Bengali word for “decay”), the company uses a potent metaphor — mud, as in dirt that sticks to skin — to explore the afterlives of African, Asian and other women of color forced to relocate or evacuate from their homelands. The piece investigates how women have worked through multiple and repeated histories of dislocation, relocation, evacuation and violence in the name of tradition. “Kshoy!/Decay!” is the first work in a new four-part investigation into violence, trauma, resistance and empowerment experienced by communities of color, using the elements of mud, gold, oil and water as metaphor.