“ADT has often verged on agitprop, where the narrative and imagery supported a political message….Chatterjea made it clear the performance was not just entertainment – it was a call to arms. There was some dynamite dancing to be seen along the way, too. The large ensemble numbers particularly held a raw power and force….The performance also featured a number of fine solos….As with past performances, Chatterjea brought in a stellar group of collaborating artists.” –Sheila Regan, Star Tribune

“Through rhythm, voice, and movement, they made the lives and stories of women from around the world palpable, visceral, and heart-wrenching.” –Ann Brusky, John Michael Kohler Arts Center, Sheboygan WI

Commissioned by The O’Shaughnessy at St. Catherine University, with support from the Joyce Foundation, and by Dance Place, Washington, D. C.

Shaatranga also was presented at the following international venues:

Text for Beautiful Reflection written and performed by Laurie Carlos 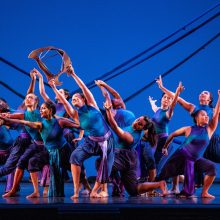 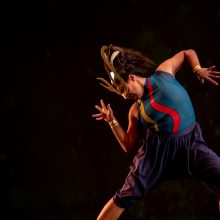 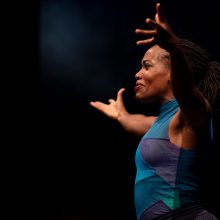 A dance in four movements

My Hands So Blue

We are the ones we have been waiting for *

*This section is inspired by and pays tribute to celebrated black, queer, feminist poet June Jordan, who presented her poem We are the ones we are waiting for, at the United Nations on August 9, 1978, commemorating the embodied protest of 40,000 South African women and children against the dompass laws of apartheid in 1956. 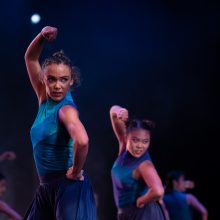 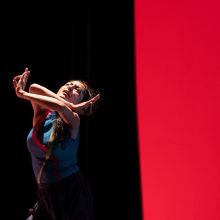 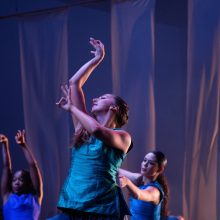 Shaatranga (seven colors in Bangla) brings to a culmination our quintet exploring Work Women Do. The subtitle “women weaving worlds” is inspired by what the research these past five years has revealed over and over again: that womxn work painstakingly and innovatively to sustain and transform our worlds, reimagine painful pasts, and materialize hopeful futures. To all the womxn whose work continues to hold us today, we offer our gratitude.

Shaatranga is specifically inspired by ancient Indian Ocean trade routes that connected parts of Asia, Africa, and South America. It is also inspired by shared practices and different methodologies of indigo-dyeing that existed in these communities. The history of indigo is particularly poignant for me: forced to cultivate indigo instead of food crops by British colonizers, farmers in my home state of West Bengal rose up in revolt in 1859. This Indigo Revolt, where may farmers were ultimately put to death after a mock trial, was an early spark for the anti-colonial movement.

Indigo is also connected to the production of blue jeans, now commonly worn all over the world. But the fabric of our blue jeans, woven with our histories, sits differently on our skins. We invite all of you to share your indigo story in our Sari Jeans installation. May the layerings of our different histories enable us to see each other in important ways, and to ask the question at the heart of this project: How do we show up for each other?

Repeatedly, our creative process for this work has been rocked by news of violences and injustices from across the world. We hold this pain, struggle, and devastation in our hearts as we dance Shaatranga. My poem, Anthem, inspired by a collaborative performance with Twin Cities celebrated artist, Douglas Ewart, emerges from the depths of our shared pain: how can we stand for justice, with each other, and in the name of love? I dedicate my dancing of Anthem to Asifa Bano, murdered by hate on January 17, 2018, at  7 years of age.

The Navigation Star we use in the piece is our abstract imagination of a compass that enables us to remain on the path of a complexly woven notion of justice. It is inspired by our visit to the Polynesian Voyaging Society’s Hokule’a double-hulled canoe, which docked at Maui the very week we were on tour there. Witnessing the lashings and the precise intersections of ropes and wood pieces used to assess direction in keeping with the star system suggested the value of relationships to time, space, and each other, especially during long and difficult journeys. We believe that the healing of our Navigation Star is the shared vision of a transnational vision of justice and love: work womxn do.

Shaatranga was commissioned by The O’Shaughnessy at St. Catherine University with support from the Joyce Foundation.

Shaatranga was supported by an Art Works grant from the National Endowment for the Arts, the Imagine Fund, the Marbrook Foundation, and the Seward Community Co-op.

This activity is made possible by the voters of Minnesota through grants from the Metro Regional Arts Council and the Minnesota State Arts Board, thanks to a legislative appropriation from the arts and cultural heritage fund. 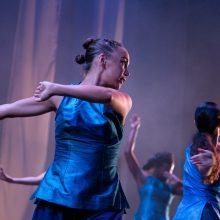 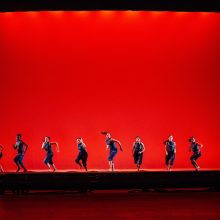 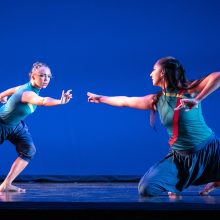