Beyond tradition: The practice of sadhana in Odissi dance  (part 5 of 5) 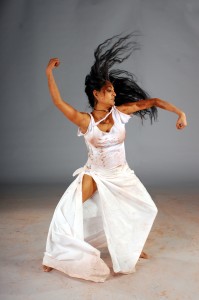 Odissi, like other Indian classical dance forms, has been reconstructed, and twentieth century cultural icons like Uday Shankar (1900–1977) and Rabindranath Tagore (1861–1941) have created what has been described as a ‘legacy of innovation’ (Stock 2006: 3). As much as Indian dance is touted in terms of ‘ancient’ and ‘traditional’, it is a form that has engaged with tradition since the beginning of the twentieth century, much of it linked to the politics of colonialism and postcolonialism. Kalpana Ram argues that it is only recently that ‘new attention is paid to the choreographing of dance pieces as active sites in which wider historical and political processes can be seen at work’ (2009:3). Studying the processual, in this case sadhana and its engagement with the traditions of Odissi, is extremely valuable because it makes transparent the link between the embodied practice of dance and the discourses with which these dancers engage. Furthermore, it highlights how the performance of Odissi dance is ultimately a process, not a product. So how can we understand innovation in this context and how does it take place within a dance form celebrated for its antiquity? Does the repetition of choreographies passed on dull the choreographic impulse, or does innovation come from repetition, such that it is absorbed into our body memory and newness occurs in the performance of it? Innovation in the context of Indian dance builds on a dialectical relationship with tradition and can take many forms. Innovation is not the restaging of established choreographies within the margam for five dancers instead of one, but can be a new way to think about the margam itself. For example, a mangalacharan can be done in a gestural idiom of Odissi and modern dance, and is innovative in terms of its spatial, choreographic and musical orientations.

It can take the invocatory quality of the mangalacharan dance and perform it anew. For example, Rekha Tandon reimagines the margam, and presents it with her own gendered interpretation. Her use of poets such as Surdas and Tagore could possibly be critiqued by the Odissi traditionalists for using non- Oriya poets, or for using Maya Angelou, a western poet to express the notion of Shakti or cosmic female energy. For Tandon, these are semantic differences, and her innovations maintain the core of the Odissi form.

Ananya Chatterjea’s choreographies are inspired by contemporary political themes, and her creative process is elaborate and complex. The creation of a new piece begins with choosing a theme, and developing it for a year and half prior to the performance premiere. Dancers complete training exercises that are a mix of traditional Odissi, yoga and Mayurbhanj Chau (a form of folk dance that originated in Orissa). The dancers then work with activists in the community around the selected theme. Her recent piece, Daak/Call to Action was performed at the IAAC festival in New York City in 2008. It is a work that is a response to ‘historical and continuing land rights violations’. This work linked the cities of Kolkata, Tijuana and Minnesota, creating ‘a transnational collaboration’.

The dancers took part in interactive workshops led by activists who prompted their improvisational responses. Chatterjea’s sadhana, or practice, is to develop these political and social themes, and have her dancers ‘respond’ to these issues through improvisation. Chatterjea has found a way to take a concept, map it in a workshop setting with other dancers, and present it choreographically. This process of collaboration and innovation has become her sadhana and her way of embodying her activism. Although Chatterjea’s work has been critiqued as ‘not traditional Odissi’, she defends her process:

I believe strongly that contemporary Indian dance can emerge from entirely Indian practices or the range of Indian practices. That’s why I said very carefully that every single one of my movements, I can trace it to the ‘t’. How I do something is always locatable back to a source. (2004)

For Chatterjea, the innovation comes from her process described above, and is enacted via her sadhana. Both Tandon and Chatterjea create innovative work but describe themselves as coming from within the traditions of Odissi, and are adding to the canon of the form via sadhana. This approach becomes an effective strategy that allows them to operate within the rubric of a ‘traditional’ dance form, and yet produce innovative work.

Innovation within Odissi may involve taking a new raga or ragini and choreographing a pallavi to it, or taking a shloka/verse from the Rig Veda and scoring it to music, or performing Odissi to a Bach concerto. To those who understand these nuances, these dances can be very innovative. What may not seem ‘innovative’ to an uninitiated eye may in fact appear highly innovative to the knowledgeable eye. For dancer Madhavi Mudgal there is much to innovate within the tradition:

What I find sometimes is, especially in India, people think anything that copies something Western is modern. That is the saddest part. Because I firmly believe that any kind of innovation must stem from the roots. And there is no limit to what you can do.

But to those who are unfamiliar with the dance form, these kinds of innovations are often viewed in an unfavourable light. One of the markers of Odissi dance is the brightly coloured silk costumes and silver jewellery, their aesthetic value often a draw for western audiences. But this visual appeal can become a barrier to being taken seriously, and Odissi dancers frequently complain of the backlash. An organizer at a reputable dance venue in New York told me that his colleague asked a Kathak dancer to ‘put on more of the eye stuff’ because the dancer did not seem ‘Indian enough’ to her. While appearing ‘too Indian’ can be advantageous for ‘ethnic’ or ‘folk’ festivals, some dancers fear that they are viewed as performing ossified forms that have exotic appeal, but are not taken seriously in choreographic terms. This kind of reading of Indian dance by critics and organizers in the West, as well as those not familiar with the cultural context from which these innovations emerge, becomes highly problematic for these dancers trying to innovate.

Traditionalists, such as D. N Patnaik and one of the co-founders of Jayantika, have critiqued much of this innovation. For Patnaik, it has taken over the form, and dancers such as those at Nrityagram have not maintained its integrity and the margam as codified by Jayantika. Ironically, Nrityagram received a similar critique of not being ‘traditional enough’ but from a member of the western press. A review in the Village Voice entitled ‘From exotic climes, half a dozen dancing princesses. Collect ’em all!’ states:

Dare I say that the show sometimes seems unreal in its surface perfection, as if the irregularities and ambiguities that make art and life profound had yielded to Disneyfication? To my mind the company goes astray when trying to fuse latter day Western dance genres to its traditional form. (Tobias 2005)

Notwithstanding the problematic comparison to Disney princess caricatures, the author takes issue with Nrityagram’s innovation. Companies like Nrityagram end up displeasing traditionalists such as Patnaik who feel that their work is too innovative, as well as displeasing a particular type of western viewer who subscribes to a static notion of tradition and an essentialist view of Indian dance. On the one hand, there is innovation in Odissi dance, and on the other, there is the argument that Odissi is losing its regional essence and integrity. But both positions on this continuum, despite their opposing attitudes, seem to agree that the traditions and parampara of Odissi today are in constant movement and that change is inevitable. But it is the kind of change that is under dispute, as well as who gets to decide what constitutes innovation.

Although this innovation may emerge from within the traditions or parampara of Odissi, it is not without criticism. These dancers negotiate between trying to make new work that is taken seriously by the Odissi establishment and a global audience. Odissi traditionalists criticize it as not being sufficiently traditional, and in the West it is sometimes viewed as not ‘Indian’ enough. But whether the innovation occurs as a new pallavi set to a raga or a work that references environmentalism and land rights, there is a continuum of work that stretches definitions of the traditional, by building on the rigorous and foundational training of Odissi dance. These dancers may or may not acknowledge the innovation of their work, but for them it is ultimately ‘locatable back to a source’, a source that draws on a body trained via sadhana and engages with the traditions of the dance. It is both strategic and crucial that the dancing body remain at the centre of the discourse and practice of Odissi.