Beyond tradition: The practice of sadhana in Odissi dance  (Part 4 of 5) 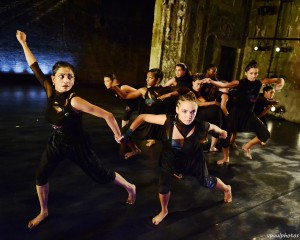 Sorting through the labels: Classical, traditional or contemporary?

Rekha Tandon, a dancer and choreographer who divides her time between her dance studio in Bhubaneswar and a monastery in Wales, explains that sadhana is a personal exploration that builds on the traditions of the dance form. She talks about the physicality of her work that connects yoga to Odissi:

One intuits a certain way of moving and certain way of feeling your body when you do any form of classical Indian dance. Because you’re doing it in the parameters of a spiritual tradition, and you’re addressing deities, or you’re working with bhakti literature or whatever, you get inducted into that way of thinking through the practice.

Much of Tandon’s work involves deconstructing these learned practices and understanding how they work on one’s individual body. Tandon is of the view that ‘unlearning’ the form has allowed her to understand it on a deeper level. So if sadhana is such an intrinsic part of the dancer’s practice, why is it not discussed more in scholarship on bodily practice? Is it taken for granted? Or is it discussed differently in ‘secular’ contexts? Similar to the overlap discussed earlier between the fixity of the term ‘tradition’, with its western connotation of fixity, and parampara, with its Indian connotation of fluidity, the western term ‘classical’ is a preferred way to signal this rigorous training and sadhana. Describing it as a ‘classical’ form signals that there is a certain pathway or established route to achieve proficiency that typically involves study with a reputed guru and many years of training. This gives it an important currency in Indian and non-Indian contexts. The fight for ‘classical’ status was a hardwon battle for Odissi, and dance forms that were termed ‘classical’ were more likely to receive patronage and funds from governmental and cultural institutions. Modelled after western ballet, classical dance in India has come to mean institutionalized practices, rather than dance simply for enjoyment, such as folk forms or, worse yet, Bollywood.

But what is less obvious is that the term ‘classical’ is a way to mark the rigour and seriousness of the training required by the dance form. However, by employing the term ‘classical’ instead of sadhana to describe this rigorous training, the sacred is left out of the description. Rekha Tandon on her company website states:

At its core, all ‘classical’ dance in India shared common fundamental principles with other Indian art traditions. The primary objective was learning to still the mind through skill in the practice of art, and value in any artistic work rested in its ability to imprint the viewer with an experience of this inner tranquility. Odissi is ‘classical’ in that it bears allegiance to this tradition. (Dance Routes website 2010)

Rekha Tandon talks about classicism in terms of a mind–body connection that is associated with sadhana, relating it to the rigorous training of the body, describing more of a bodily ethic than just a dance form. She also hints at the sacred in her description of ‘inner tranquility’. However, the use of classical is privileged over that of sadhana. Similarly, dancer and activist Ananya Chatterjea, based in Minnesota, and artistic director of Ananya Dance Theater, describes her practice in a similar way:

Classicism is relevant to me as a pedagogy and an aesthetic of work. I think it means detail. You want to do social justice work and your dancing is bad? Forget it. Don’t even try it. If you can’t move your audience, don’t dance. What I’ve learnt from classicism is incredible humility. (2004)

By self-identifying as ‘classical’, Chatterjea acknowledges the significance of her rigorous classical training, which points to the strength of her sadhana. In addition, the notion of humility is intrinsic to the notion of sadhana, or in her words, ‘a whole body attitude’ where the practice and the repetition move the dancer towards humility. And no matter how innovative her choreography or how much of a departure from the margam, Chatterjea uses the currency of ‘classical’ as a way to describe her work. Interestingly enough, neither dancer uses sadhana to describe this bodily ethic and practice, but rather cast it in terms of ‘classicism’.

Furthermore, dancers are often forced to choose between the categories of ‘traditional’ and ‘contemporary’. I believe this is not a recent phenomenon, but has been reinforced by the exigencies of performing in India and abroad with limited resources. In practice, the work of these dancers is much more diverse than their label belies. For example, funders, dance festivals and grant-making organizations in the West have very clear guidelines. If one is presenting ‘new and innovative’ work then one has access to a particular kind of funding and opportunities, versus others that fit into categories of ‘traditional’ (or ‘ethnic’ or ‘folk’). In order to compete for funding, dancers must clearly announce their mission statements and agendas on their websites, and in their grant proposals. Ananya Chatterjea tries to position her work strategically:

(I)n every grant application, I try to say ‘No. I’m not an ethnic dancer. I do contemporary dance’. I always add in a line there even though you’re not supposed to: ‘Contemporary dance entirely based on South Asian tradition’. (2004)

This doublespeak is one that many dancers face. Self-definition becomes a crucial part of how dancers are perceived, and performers have to be very careful in how they position themselves and what they perform. Consequently, many dancers use a combination of ‘traditional’ and ‘contemporary’ as a way of describing their work; others use ‘traditional’, ‘traditional and contemporary’, ‘classical with a contemporary twist’ and ‘neo-classical’. As Odissi becomes an increasingly globalized form, and visible in ‘secular’ spaces, self-identification on websites and social media is carefully negotiated, even though on the surface these labels may appear to be only choreographic ones.