Nimo Farah was invited to share her words and images in the lobby during our run of Tushaanal Fires of Dry Grass. We were honored by her talents and our audience were moved by her. We wanted to share, once again, the work of Nimo Farah

My mother wants more for me
than she’s ever had.
She was pressured to say “yes‟;
to use her hips that were not yet developed
before her lips were formed enough to say “no‟.

My mother sends me to a school
she cannot afford.
My hand is raised, my arm stretched.
I want to say “Call on me.
I want to tell you about the courage of my mother.”

My mother has flat feet, forcing her heels
that know no shoes to walk to her parents home
in the village where she was born.
To find them before death finds them,
and say, “I forgive you.”
Her pain gives her wisdom
and her wisdom gives us both wings. 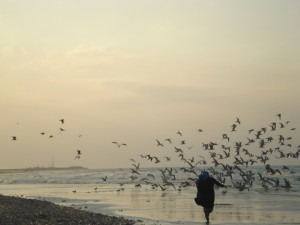 Nimo Farah loves orators and different forms of storytelling and sees the material for a compelling story all around us. Being exposed to Ananya Dance Theater’s powerful storytelling through movement has inspired her to write about the struggles of humanity, particularly those of women. Feeling that our collective and most basic human values have been adopted without the counsel of women of color and that the abuse and imbalance of power has left a legacy of great hardship. With their natural resources thrown into the fiery pit of consumption and greed only to be branded into gleaming instruments of oppression and violence. She is moved by these women’s fortitude and shares some photography and poetic narrative that is inspired by Tushaanal: Fires of Dry Grass.