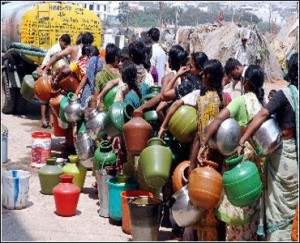 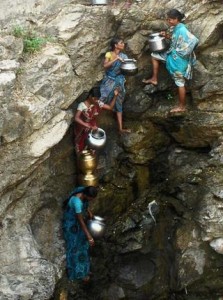 Where do I go when I dance?

There’s nowhere to go but rather pass through your moments into my tomorrow. The news will only reach you late. And timing is everything in your today.

Digging for something that will never be found but still exists in my safe space. That is where my body breathes in tomorrow. Come find me there.

Intentional eyes see beats vibrating from feet, no stomping. Foot-working the love it has for earth, stepping in its own sweat. Not yours. Understand what is left to be understood.

My hands will only reach beyond your sight. Needing more than wants will offer. What’s to become of me in your moments? Whispers in the wind.

Days pass yet when my tomorrow comes it will last beyond dreams. Walk with me for a  while. Tomorrow catches what today lets slip through its fingers.

Movement is my lifetime, not moment, in tomorrow. What you see is how I seem to be. Turn away and look again.

Where do you go when I dance?

Chitra Vairavan trained in Bharata Natyam with Hema Rajagopalan. In 2004 she began her journey in contemporary Indian movement through Ananya Dance Theatre (ADT). Chitra has since become a principal dancer in the company and received the 2008 Sage Cowles People’s Choice Award and been named Artist to Watch by Minnesota Monthly in 2011.

What does it mean for women of color to collectively perform their relationship to gold? Ananya Dance Theatre explores this question in their latest dance performance piece, Tushaanal Fires of Dry Grass. In the opening scene of Tushaanal Fires of Dry Grass, dancers engage the glitter of gold. Blanketed by a sheer golden coverlet, a dancer writhes underneath exposing the shimmer and sheen of shiny objects. By beginning their work with the allure of gold, Ananya Dance Theatre exposes what literally lies beneath the mining, production and consumption of gold. Second in a series on the systemic violence that affects women, gold is seen as an alluring resource that belies virulent exploitation. As the dancer writhes underneath the shimmering blanket of gold at the left of the stage, the other dancers perform to the right their conflicted relationship to the shimmering play. The dancers seem enticed and yet controlled in their movements. One is left to wonder what will come next and one has a sense that “all that glitters is not gold.”

With great skill in movement interspersed with spoken word and haunting music of women’s wails, Ananya Dance Theatre exposes how gold affects women. Some of the themes they explore are the lure of gold for power and status embodied in a story they tell about the Empress Dowager Cixi, gold as a source of oppression for women who work in the mines, gold as a lure of survival for sex workers who live around the mines, and gold as a form of control of women in dowry exchanges. What is impressive about Tushannal is not only the range of stories that Ananya Dance Theatre exposes in women’s relationship to gold, but also how these stories are artistically rendered. Starting form the Indian Odissi dance form as inspiration, the dancers combine several other traditions of dance, yoga and martial arts to create a syncretic form that speaks not only contemporaneity in dance but also solidarity in struggles. Unlike modern dance, which speaks of individual self-expression, Ananya Dance Theatre speaks of how women of color bodies inspire relationships based in unity.

I return to the question with which I began. What does it mean for women of color to collectively perform their relationship to gold? Ananya Dance Theatre builds not only an aesthetic vocabulary to express solidarities between women of color but a real dialogue about what brings women together and what separates them. Gold, as a natural resource much sought after, illustrates perfectly the idea that capitalist patriarchies generate competition between women over resources. What then does resistance to capitalist patriarchy mean in relation to gold? Women of color share in histories of colonial exploitation of the western world of non-western labor exploitation. Resistance, in this instance, means different things for different women. Sex workers around the mines have a different relation to the allure of gold then women who suffer from dowry exploitation, and yet if we come to the realization that these women’s stories are linked through the structures of capitalist patriarchy, we realize also that resistance may look different in these circumstances conditioned as they are by class and sexuality. Nevertheless, women in these circumstances may come to see how their resistance is linked rather than prioritizing their differences. This is the message that Ananya Dance Theatre communicates so well with its expressive movements but also how the group comes together to create such a piece of work.

Ananya Dance Theatre creates solidarities across women of color’s struggles by creating a strong woman-centered space. In this day and age where discussions of post-race and post-feminism pervade our culture, the importance of such a space is not to be overlooked. More than a movement vocabulary, Tushaanal creates a vocabulary for collectivities of resistance. Each dancer contributed to the piece through research and dialogue and the strong connections forged through that dialogue are reflected in the beautiful dance movements.

Ananya Chatterjea’s vision to create a woman of color dance group of women from different communities speaks to what is missing from racial and gendered discourses which privilege representation over inter-relationality. By having their voices heard loudly and clearly Ananya Dance Theatre is a space where each women of color performer can express her loving support, conflicted realities, and sympathies for other women.  In this way, Ananya Dance Theatre is more than a performance group; it revises what performance and communication mean to people of color communities.

Kulvinder Arora is a cultural critic and Professor who teaches courses on transnational film, feminist theory and gender studies. She is currently working on a book project on positive representations of women of color in feature films that is provisionally tiled Plotting Resistance: Acts of Social Justice in Women of Color Films. In shifting the conversation to positive representations, she asks the question “How does viewing women of color resisting oppression rather than being victims of it alter social stereotypes?” By looking at women of color’s struggles across racial and ethnic communities, she argues that there is something productive in seeing similarities between women of color to build solidarities between them and yet important differences between nationalism, patriarchy and colonialism need to be recognized to see how women resist oppression differently.

Vow for the Price They Promised

Some of us have lives as women
Myths around dreams
Crystal clusters
An exchange for the life of a person
Crystal habits
Hardness /gravity /fracture
Color luster
Transparency of intent
Exchange
A woman
A child
Include streaks /jagged/ isometric
Life of both sisters
an exchange/ a specimen /
stunning
mouth full
opens
crushed
massive nuggets
settled turning up
Opaque
melted
Dance as these woman will
Rolled around in the various levels
of dust left behind by
the diggers
These are the women
who
shake loose all the dread
when
justification for preserving will bring a higher price
this is for the chance
stage
these stories
laced
with
gossip
trumped up with bribes
price it in its natural state
ignored
more
Bangles…….
GOLD
Something to believe
With a justice of quantity and a relevance of glow
Want …Want Want…
More piles to store and take
More
More
All the waste can only expand it
There is the beautiful reflection
The beautiful
Replacement of fear
Glitter
Glitter a whisper
DOWN THE NECK AND WE ARE ALL OF US
LACED l
Lightly
Flicker
Did you say they all were sold?
You will never find them again for such a good price
This is the third time they have turned a wife into better coinage
Could get more for a better one every time
Their value dropped
Flecks of color at the bottom of her shroud
Shiny foils roil in acid
Such beauty at first
Such shine out of the dark
To master the a house
To mine
The promise of
glitter
To wrench
the life in stone
for trade
for want
for acid
There is measure for labor
These are the profits for digging into the earth’s veins
We touch each thing hungry and wanting
Delight curls uneven until the measure is declared
Please sing some new song every time
We are smiling for the price promised
We are smiling in every direction
I8 carats
22
We hold back
Pay the price you promised
Trade
Barter away freedom for power
Vow for the price they promised

The second piece in a four-year, anti-violence project exploring
the experiences of women of color across the globe.