#Power in seeing each other

This article was written for and posted by Arts in a Changing America, a five-year initiative that seeks to explore and understand the dramatic demographic transformation of the United States and its profound impact on arts and culture, led by Roberta Uno and based out of the California Institute of the Arts.

This is a shout out to artists of color committed to working in a progressive paradigm, through a non-mainstream aesthetic: Thank you for doing the work you do, despite the lack of resources, the crushing responses from grants, and for keeping on going, somehow, when it seems you will never see light of day, for making something emerge from nothing.

Let this be a platform for gathering many, many stories, where we can see each other. Let us create an avalanche that gathers tremendous energy and ultimately moves us towards collective visibility. 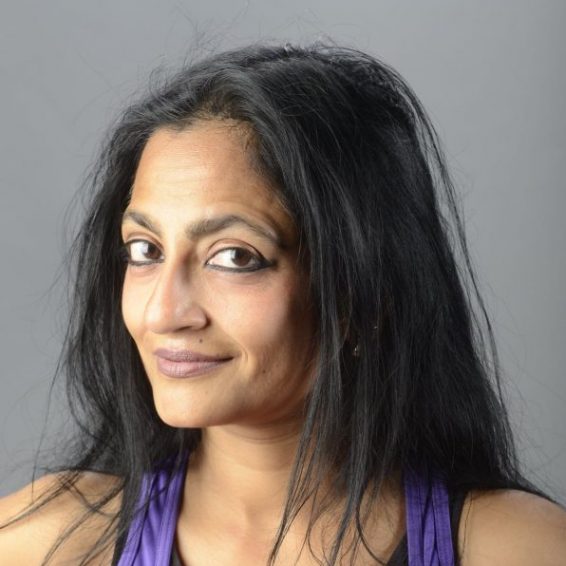 As a choreographer working deliberately to bring stories, experiences of girls and women from global communities of color, into performance, I recognize this struggle and its crushing effect on our bodies and minds and our ability to continue. I am tired of the systemic refusal to understand nuance and difference within our work and the use of “representation” of an anointed few as a replacement for real conversations about equity.

I am not talking simply about the denial of grants from behind an opaque wall of “criteria” variously constructed—which a broad base of artists can identify with. Nor am I talking about the difference between how the system of arts funding regards smaller community-based arts organizations and large mainstream white-identified institutions. And, I understand that different consequences and ratings along the “popularity index” will result when artists choose either (a) to craft artistic processes that might not be validated by huge audiences or media attention, but are asking urgent, transformative questions, or (b) to produce art experiences that draw in lots of audiences and attention, often representing diverse aesthetics, but focused on entertainment.

Rather, I am talking about the ways in which artists from different communities of color become racialized and positioned in different ways and how we constantly get knocked down when we refuse to play along. We see it in the ways that little concrete feedback is offered for failed grants, in that trailing off of the voice, “when it comes to the work samples, unfortunately…”; we see it in the sideways look of curators and decision-makers who say “yes, yes, it’s just that we’re not looking for your kind of work…”; we see it in the avoidance of conversations about the art itself, the dismissive or non-responses that re-emphasize power positions.

I know how hard it is not to internalize the sinking feeling of “not quite good enough” despite all the other affirmations that you have earned in your journey thus far. It is almost impossible to gather up the pieces of your emotional wreckage, put a hint of steel in your voice, and ask how a certain “kind” of work that is admittedly prioritized came to be determined as the gold standard.

I also mean to refocus the lens of my argument here on the marginalization of progressive Asian American art-making under the enduring legacy of tired visions of multiculturalism. AAPI [Asian Americans and Pacific Islanders] artists are most often commandeered to speak in the voice of “tradition,” and thus mark and re-remark our own consumable difference in contemporary art. Or we are applauded for our ability to participate in mainstream aesthetics—repeat classical canons in our languages so to speak—and thus reaffirm the power of Euro-American categories to contain many different kinds of bodies. Generally, the price of such inclusion is the obligatory performance of gratitude, and its cost is the demonstrated “failure” of any charge of racism.

“It’s not about knocking on closed doors. It’s about building our own house and having our own door.” 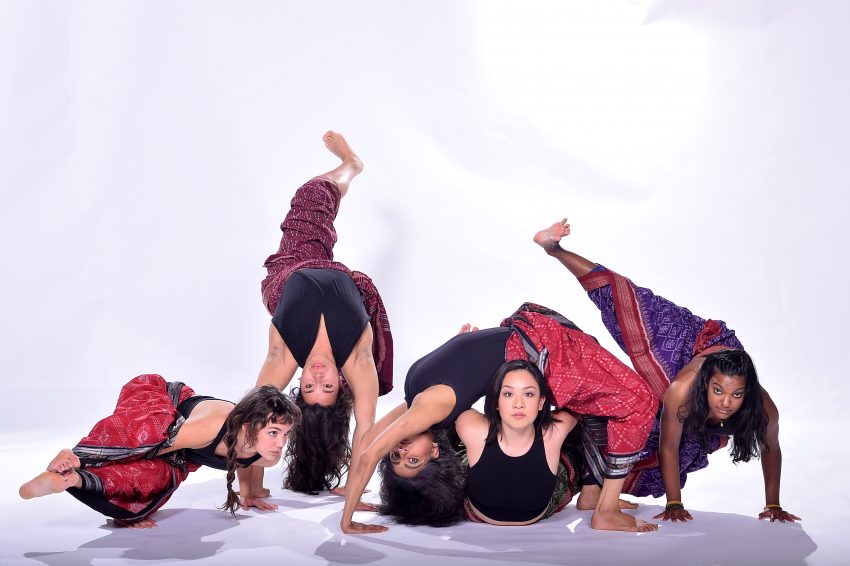 I say this in a context where different racializations of artists of color, all struggling for visibility, has meant occasional opportunities for representation, often hand-outs from neo-liberal policies of “multiculturalism” and “diversity” masquerading as benevolence. Often individuals in AAPI and all poc communities are called into the halls of privilege for their “extraordinary” work. While it is imperative to celebrate the talent and hard work of individuals, let us refuse the ways in which institutional “exceptionalism” is deployed only to divide and belittle. It is a powerful amnesiac, making us forgetful of the communities that have stood by us and made our work possible.

Yet I know that many artists who refuse binarized categories that leave no room for progressive art-making practices. These artists, to whom this post is dedicated, are on the ground, creating alternative paradigms that offer nuanced space for difference, for understanding how the intersecting axes of race-, gender-, sex-, class-, nationality-based hierarchies land on our skin. They do so with little resources because systems of arts funding and presenting are skewed and they cannot fulfill the entertainment/tradition/multiculturalism checkboxes. They do so despite struggling to find “belonging” in communities whose support might mean the difference between sustainability and impossible survival.

“The calls I am getting are from educators, not from curators.”

–Wing Young Huie, prize-winning visual artist, who works with photography to document untold stories of marginalized communities. Huie was responding to a question, after an inspiring presentation of his work, about how he manages his projects.

AAPI artists are often expected to work with “community,” which many of us are committed to doing because we value our location inside these contexts, but we differ on what “community” means. The systems in which we function expect us to understand “community” in narrow, fossilized, ways that directly align us only with the people of our racial and cultural heritage. Yet, we have always known that communities, and people within them, are complex, and we often find affinities across the borders imposed on us, with folks from other communities of color, or from other parts of the world, for instance. These synergies, where we have to understand difference, power, collaboration, in our own terms, grow us as artists and move us forward in our artistry. Yet, these relationships seem to have little of the power that is afforded to more resourced collaborations between white/mainstream artists and “others,” and to relationships that are brokered by decision-makers. 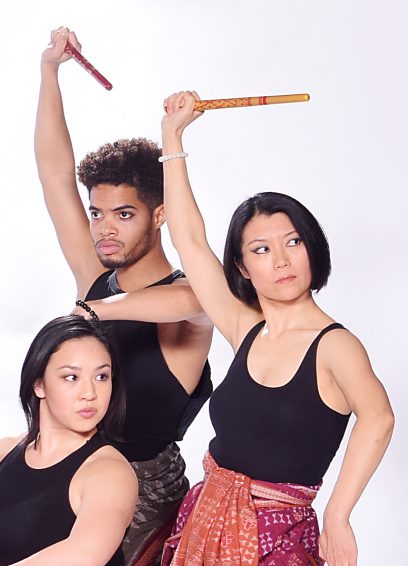 I have tired of saying it repeatedly: South Asia is not the space-holder for fantasies about ritual and tradition (where all performance must be “classical” and “divine”), or desire for entertainment (the ubiquitous presence of Bollywood). Our feet have grown weary in protests outside big organizations, refusing the scripting of Asian Americans through the racist tropes of Ms. Saigon and South Pacific­—apparently the only ways in which AAPI artists can participate in these highly-resourced productions. It is time to focus on rejuvenation as we claim the razor-edge of revolutionary art-making.

I began this post to clearly lay out the systemic ways in which our self-confidence, our valuation of our work, are diminished, and to encourage us to find other ways, albeit with little or no resources attached to them, to see each other in the work we do. If the institutions that make decisions do not see the kinds of work we are doing to transform the communities and spaces in which we are located, it is on them.

I salute all of you for your relentless keeping on, artistically speaking. I implore all of us to remember the wounds we have all had imprinted on our bodies, and refuse the isolation that would keep us disempowered. I commit to seeing my comrades in this long drawn-out journey that is our lifework and invite us all to do the same. Let us see each other’s work as much as we can. Let us know more about each other’s work so we can advocate for each other when we have an opportunity. Let us think through each other’s work with care and offer meaningful critique that can help us all grow. #wallofresistance #turningoureyes #seeingeachother

I want to urge us to talk about the aesthetics of our work, our notions of beauty, our embodiments of line. Let us talk about how we structure meaning in metaphoric forms, and also how certain kinds of abstraction seem easier for mainstream absorption than others. Let us talk about ways to counter the seemingly benign racism of multicultural inclusion, where representation often comes at the cost of certain kinds of erasures and translations. I mean no criticism of AAPI and other poc artists who want to take on and excel in choreographic structures and movements forms that originated in white mainstream culture. I simply am asking for space for irreducible difference, marked in bodies and themes, and in aesthetic frames and structures of meaning-making. I urge us to remember that beauty can be recalcitrant, can allow us access in certain kinds of pleasure and joy, the syntax of differently knowing the world and artistic world-making. Let us talk together about our complicated navigations through cultural practices marked as “Tradition” and innovative creative methodologies, mostly unmarked but always signifying white, Euro-American legacies.

I had once planned a coming together of artists of color where we would see each other’s work and develop a language for talking about each other’s work. The idea was to use the powerful tool of social media to infuse knowledge about each other’s work into the mainstream. I didn’t succeed in getting resources to make these meetings happen, so I faltered on the project. But it is time to plan the first version of this: the AAPI artist summit for advocacy, where I want to invite progressive AAPI artists to speak about each other’s work powerfully. The web is a powerful space to meet in lieu of physical meetings. I will call out to artists whose work I know or want to get to know better to build the base for this forum.

Ananya Chatterjea is an art-maker, artistic director of Ananya Dance Theatre: People Powered Dances of Transformation™, and Professor of Dance at the University of Minnesota.