The O’Shaughnessy, one of the Twin Cities’ premiere venues for showcasing the arts, has announced its 2015-16 Season, an exciting mix of music, dance and theater, and the 19th year of the esteemed Women of Substance series. 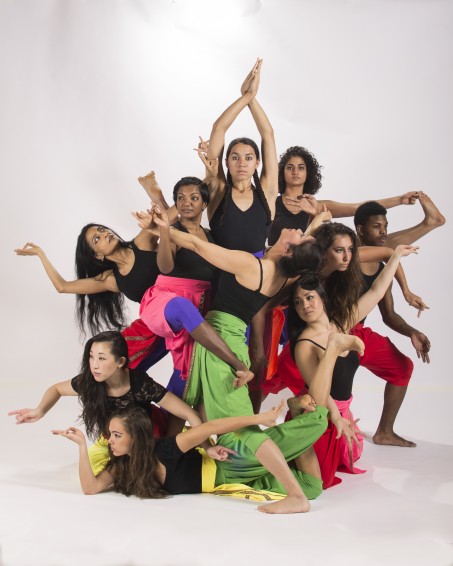 The season opens on September 18-19 with a Women of Substance event as Ananya Dance Theatre returns to The O’Shaughnessy with the world premiere of ROKTIM: NURTURE INCARNADINE, a full-length dance concert collaboratively created by choreographer Ananya Chatterjea, visual artist Seitu Jones and behavioral artist Marcus Young.

Inspired by the Seed Sovereignty Movement and farming practices in local communities of color, they are partnering with Frogtown Farm, Afro Eco and the Indigenous Peoples’ Task Force to produce a shared event reflecting and honoring the age-old work of women who cultivate, nurture and protect land and agriculture with emotional and blood labor to create a just and sustainable food system.

Katha Dance Theatre comes back to The O’Shaughnessy October 23-24 for the world premiere of POURUSH – THE MASCULINE, a story of an unconventional princess who struggles to embrace her feminine and masculine natures. New Delhi choreographer Maitreyee Pahari and Katha Dance Theatre’s Founder/Artistic Director Rita Mustaphi have crafted a beautiful fusion of fierce Chhau and mesmerizing Kathak choreography. Joined by international Chhau professionals Rakesh Babu and Rajesh Babu, the local Kathak professionals of Katha Dance Theatre Company bring this tale of psychological and sociological struggle to life. 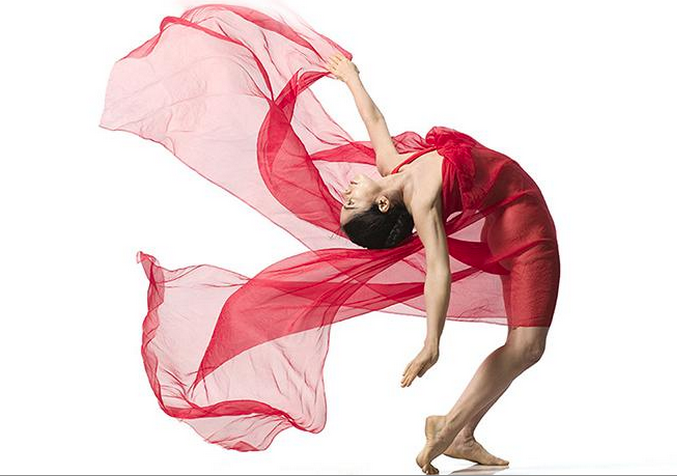 Internationally-acclaimed transcendent dancer-choreographer-performance artist Maureen Fleming offers a regional dance premiere on November 7. In B. MADONNA, Fleming invents surreal movement poetry that transforms thoughts of the human body. In a world beyond rationality and nationality, she brings her contemporary unveiling of the myth of Persephone to the stage, featuring text by David Henry Hwang and music by Philip Glass, performed live by pianist Bruce Brubaker. This beautiful, multimedia meditation on ‘miracles’ juxtaposes Fleming’s new and repertory works with three-dimensional video projections designed by longtime collaborator Christopher Odo.

In tandem with Fleming’s performance at The O’Shaughnessy, Wisdom Ways Center for Spirituality will present the O Black Madonna installation from October 26-November 8. There will be a reception on November 4, with a gallery talk at 7pm at the Sisters of St. Joseph’s Carondelet Center.

The O’Shaughnessy’s annual holiday tradition has Katie McMahon returning to the stage with CELTIC CHRISTMAS on December 11 with special guest, fiddle-mandolin player extraordinaire Peter Oustroshko. Dubbed Minnesota’s own “Celtic Woman,” McMahon is best known as the original voice of Riverdance. Her ode to the holidays, Celtic Christmas celebrates the season with a family-friendly program of traditional Christmas carols, stories and lively Irish dance. Her program will feature some new selections from France, Italy, Spain, and Germany. 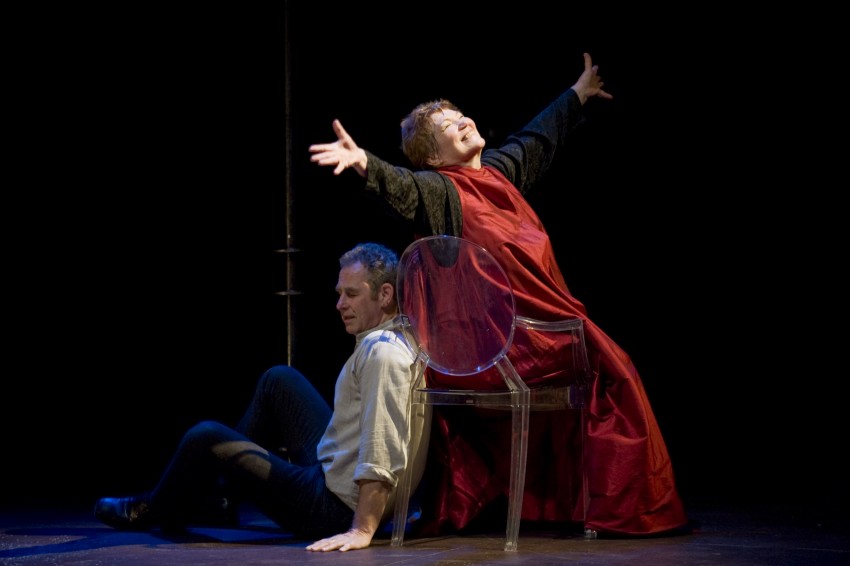 On February 4, WOMEN OF WILL makes a stop at The O’Shaughnessy. A true tour-de-force performance, the masterful summation is Shakespeare & Company’s Founding Artistic Director Tina Packer’s 40-plus years spent investigating all things Shakespeare. Part masterclass, part performance: Funny, fierce, deep and accessible, Women of Will is the bonus content to Shakespeare’s plays. Packer deconstructs and conjures William Shakespeare’s most famous female characters. Ace actor Nigel Gore plays the Romeo to her Juliet, the Petruchio to her Kate. Together Packer and Gore’s stage alchemy creates the Shakespeare experience that The New York Times called “Marvelous!” and the Associated Press hailed as “Boundless and irresistible!

A singular evening of classical music, A NIGHT IN ANCIENT AND NEW CHINA, comes to The O’Shaughnessy on February 20. Wu Man and the Shanghai Quartet explore the great music of China in a program that features a new multimedia work by the eminent Chinese composer, Zhao Jiping, in collaboration with his son, Zhao Lin, performing some of some of his most famous scores of Chinese cinema – Raise the Red Lantern, To Live and Farewell My Concubine, among others. The program also includes a suite of traditional Chinese folk songs arranged by second violinist Yi-Wen Jiang, as well as solo pipa works by Wu Man.  Looking back to their roots, but with a contemporary vision, these artists meld sounds of China with western string quartet and pipa in an unforgettable evening of grand music. Other ensemble members include Weigang Li (violin), Honggang Li (viola) and Nicholas Tzavaras (cello).

Shaun Hopper visits Saint Paul for the first time on March 18. This virtuoso musician’s fingerstyle acoustic guitar is infused with a percussive element that creates not only a unique sound but an unmatched visual performance. Hopper’s original compositions and arrangements of pop tunes are infused with all the cutting edge techniques and flavorings embraced by the new breed of You-Tube sensations. Yet, it is his traditional and schooled approach to music that keeps him unquestionably steeped in and inspired by the greats. Dazzling with his fiery originals and covering everything from Chet Atkins to Andre Segovia, from The Beatles to Queen, Hopper never fails to mesmerize an audience. He has made his mark opening for acts like “The John Jorgenson Quintet” (Elton John), the California Guitar Trio, G. Love and Switchfoot. He has toured with Tim Reynolds & TR3 from the Dave Matthews Band, and has cowritten songs with Tommy Emmauel.

On March 28, three supremely gifted singer-songwriters share The O’Shaughnessy stage, singing with and supporting each other in music that seeks the heart’s core. In a highly anticipated national tour, Grammy Award-winner Patty Griffin joins forces with Sara Watkins and Anaïs Mitchell in a celebration of American songwriting and performance. More than just a three-act show, TOGETHER ON STAGE is a special “singers-in-the-round” showcase featuring all three artists accompanying each other for the entire evening.

The season concludes with a very special Walker Art Center co-presentation: Meredith Monk and Vocal Ensemble performing THE SOUL’S MESSENGER, Celebrating 50 Years of New Music on April 15 at The O’Shaughnessy. Theater director-choreographer-filmmaker and interdisciplinary artist Meredith Monk is also one of most revered figures in contemporary American music and performance. Her groundbreaking exploration of the voice as an instrument expands the boundaries of musical composition, creating landscapes of sound that unearth feelings, energies and memories for which there are no words. Monk and her acclaimed Vocal Quartet will showcase her range as a composer and her engagement with performance as a vehicle for spiritual transformation. This concert marks the fourth Meredith Monk co-presentation by the Walker and The O’Shaughnessy.

A related event, Meredith Monk in Conversation with Philip Bither, will be held on April 14, at Walker Art Center. Meredith Monk joins the Walker’s Senior Performing Arts Curator Philip Bither for a convivial and insightful conversation about her life and art. Monk’s seminal film 16 Millimeter Earrings will also be on view in the Walker galleries.

There are discounts for students, seniors and military. For more information and tickets, contact The O’Shaughnessy Ticket Office at 651-690-6700; summer business hours (through Sept. 8) are Mon.-Fri. 12-4pm; ticket office is located on the main campus of St. Catherine University at 2004 Randolph Ave., St. Paul. Tickets can be purchased online at oshag.stkate.edu. 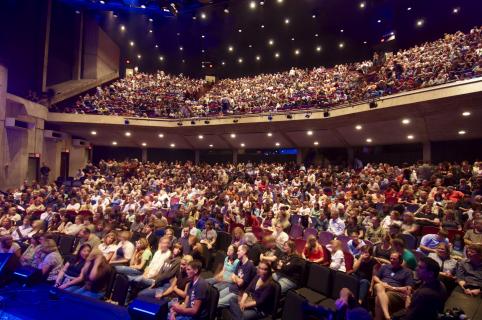 Located on the scenic main campus of St. Catherine University, The O’Shaughnessy is one of the Twin Cities’ premiere venues for showcasing the arts. Since opening in 1970, The O’Shaughnessy has presented a dazzling array of both local and national performing arts companies, including the Minnesota Orchestra, The St. Paul Chamber Orchestra, James Sewell Ballet, TU Dance, The Indigo Girls, Joan Baez and countless others. In addition, the venue hosts public events, student and community performances and features multicultural programming with an emphasis on dance, music and theater. Known for its dedication to artistic development and collaboration, the venue has premiered over 400 new works by local and national artists. The O’Shaughnessy is the home of the Women of Substance series, which showcases the artistry and innovative work of women, both prominent and emerging in their fields, whose voices need to be heard.