Beyond tradition: The practice of sadhana in Odissi dance  (Part 3 of 5) 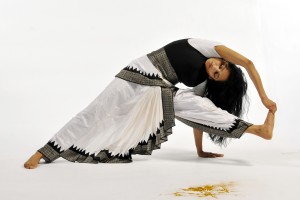 Techniques of the body

Marcel Mauss in his now classic essay ‘Les techniques du corps’/‘Techniques of the body’ (1934) wrote of the ‘self-developable’ body in. For Mauss ‘prestigious imitation’ or education plays a crucial role in the development of our bodily techniques that are socially and institutionally prescribed (1934: 101). The person with authority performs the action that is then imitated by the student. This analysis by Mauss corresponds loosely to the way sadhana works. As dancers, we build on these faculties of the biological, the social and the psychological. However, with sadhana, there is no separation of mind and body, or a separation into social, biological and psychological as Mauss indicates. Sadhana is a technique that intertwines these faculties, and allows us to learn by guided repetition, or repetition with awareness. It is a technique grounded in our social realities that eventually become part of our body memory. Mauss is aware of the limitations of these categories to explain the importance of the sacred within one’s bodily training, and concludes his essay with a recommendation:

I believe precisely that at the bottom of all our mystical states there are body techniques which we have not studied, but were studied in China and India, even in very remote periods. This socio-psycho biological study should be made. I think that there are necessarily biological means of ‘entering into communion with God’. (1934: 122)

Mauss is keenly aware that a deeper study of this mind–body connection, prevalent in certain bodily techniques outside western movement practices, could lead to a fruitful understanding. Mauss in his analysis was trying to understand the relationship of bodily techniques with the divine, one that sadhana includes: an embodied practice that allows for an expression of the sacred as an inextricable part of the dancers’ experience. I do not mean to suggest that this entwining of a dance practice with the divine is uniquely Indian. American modern dancer and choreographer Martha Graham has written about dance in a way that is closely aligned with the notion of sadhana,

I believe that we learn by practice. Whether it means to learn to dance by practicing dancing or to learn to live by practicing living, the principles are the same. In each it is the performance of a dedicated precise set of acts, physical or intellectual, from which comes shape of achievement, a sense of one’s being, a satisfaction of spirit. One becomes in some area an athlete of God. (1988: 66)

It is clear that for Graham, too, the idea of practice is paramount and by honing our practice we access a realm beyond the human. It is necessary to explain this ‘communion with God’ or the presence of the sacred further in the Indian context, and I do so through the notion of rasa, especially since Indian aesthetic traditions hinge on it. Most Sanskrit terms are polysemic, and rasa too translates as ‘flavour’ or ‘essence’, and also as ‘mood’ or ‘feeling’. Richard Schechner has pointed out that rasa is similar to the notion of prasad/an offering to the gods, and performance is often viewed as an offering. Rasa happens in the partaking of this offering, a gesture of mutuality between performer and rasika/spectator (or the one experiencing the rasa). Rasa then is not only experiential but also relational because it is dependent on this interaction between performer and rasika, emphasizing the multivalent nature of this experience and concept. The rasika/the connoisseur is one who is able to appreciate and understand the performers’ intention and is a crucial part of the performance (Schechner 1985: 138–39).

So how does one ‘learn’ to express rasa in performance? This is where the notion of sadhana comes in, the repetition of a guided performed activity via which a performer is able to achieve rasa. The idea of rasa is not dependent on a Cartesian split between mind and body or on a duality of performer and rasika. Rather it is an experiential pleasure or ananda, an experience akin to spiritual ecstasy. To illustrate how rasa can be achieved, dance critic Leela Venkataraman described an abhinaya dance item performed by a male dancer in California, Kuruyadu Nandana, in which Radha asks her lover Krishna to help her dress after an erotic encounter:

Here he is as Radha who is totally naked and says, ‘Give me back my clothes’. He just took my breath away. He was so good. I lost all sense of his height, the fact that he was male, and doing this role. It was beyond gender, and beyond anything else.

I discuss briefly the example of Nrityagram (literally, dance village), an international Odissi dance company that is based in Hessarghata, near the city of Bangalore, to illustrate the notion of sadhana as a lived practice. Nrityagram has toured the world extensively and to a large extent has transformed how Odissi has been performed and received, especially in a global arena. Nrityagram has successfully managed to negotiate the practice of this dance with a twenty-first-century presence, press and publicity. Protima Gauri Bedi, an Odissi dancer, founded the institution in 1990. After Bedi died in 1998, the role of the guru was transferred to Nrityagram, the institution she founded. Their website states:

The lifestyle that we follow is based on the age-old Gurukul tradition. As per this ancient method, the students look after and care for their Guru by growing fruit and vegetables on the land, cooking, cleaning, and earning through dance recitals. At Nrityagram, the institution fulfills the role of the Guru – as protector and as someone who makes available knowledge and experience. Trainees will learn under the tutelage of several Gurus, however, their duties towards Nrityagram are of prime importance. (www.nrityagram.org 2010)

This conception of the ‘institution as guru’ allows the dancers of Nrityagram to maintain a fluidity of tradition and yet reinvent themselves. This notion of ‘living the art form’ at Nrityagram is the embodiment of sadhana where the lines between life on and offstage are blurred. Even without the presence of a single, overarching vision, the practice of sadhana remains critical to their success, and what appears to have changed over time is the relationship of the dancer to his or her guru. Some learn Odissi within the guru–shishya framework, and others approach their training in a more peripatetic manner. As Odissi dance emerges as a commodity in a global economy, dancers are moving away from the guru–shishya framework and towards a more individually suited quest for training. Nrityagram uses the dance village model to ensure rigorous training, but also allows them the freedom to experiment with gurus and dance styles outside Odissi.