Beyond tradition: The practice of sadhana in Odissi dance  (Part 2 of 5) 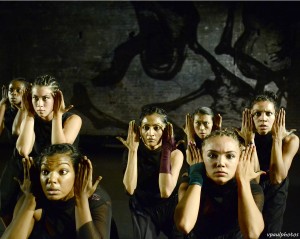 How does one begin the discussion of ‘tradition’ as a possible analytical category without the risk of essentialism? In interviews, various dancers discussed what tradition meant to them. Aruna Mohanty, an Odissi dancer based in Bhubaneswar, said:

It [Odissi] is traditional. Like the flow of water, streams come from different directions and merge with the main stream. That keep[s] the water fresh and the flow will go on. But the boundary should not be eliminated [or] there won’t be any difference between Bollywood dance and Odissi.

Mohanty’s view of tradition is expressed as a flowing stream with several new ones adding to the mix, accommodating the flow of new ideas as it builds on older traditions. Despite this analogy of free-flowing movement, she stresses the importance of maintaining borders. Her analogy with water can be misleading since free-flowing streams do not necessarily respect boundaries. As much as this idea of a dynamic tradition exists, there is the simultaneous need for its fixity to be maintained, so that Odissi can be distinguished from more commercial forms of dance, especially those threatened by Bollywood. For Kolkata-based dancer-choreographer Sharmila Biswas, tradition is also a naturalized and dynamic concept, in her case akin to one’s mother, a presence to which one can always return for reassurance and guidance.

For these dancers, this conflation of tradition with nature serves two purposes. First, the construction of tradition becomes highly naturalized, making it less an object of enquiry, but one that is taken for granted. Such a model of explanation legitimizes change and/or innovation that might otherwise be a target for criticism. Second, it allows for a categorization of Odissi dance that is fluid, one with myriad and continuous possibilities for both its practice and interpretation. By using metaphors of fluidity and movement to describe tradition, the engagement with it also becomes a dialectical process. Part of this can be explained by a notion of a ‘living’ tradition that comes from the Sanskrit term parampara, which is a loose translation of the English word tradition. But parampara, unlike tradition, is closer in meaning to the fluid metaphors described above. Parampara means ‘a series’ or ‘succession’ and is often used in the context of a continuation and builds on previous knowledge and/or entities. Madhavi Mudgal, a dancer based in Delhi, elaborates on this critical difference between parampara and tradition:

Our tradition is always moving, otherwise it would have died if it were static and stagnant. The word, parampara means something flowing, which has prabaha, which moves on, taking the inputs of each generation of artists. It’s not static.

Parampara builds on the notion of a living, flowing continuity that explains these natural metaphors that suggest dynamism and movement. Further, since most of these dancers are bilingual (Hindi and English), trilingual (Hindi, English and Oriya) or speak as many as four languages (Hindi, English, Oriya and Bengali), their practice as dancers often necessitates that they address the discursive implications of tradition and parampara in their different spoken languages. Consequently, these dancers engage with both terms, in India and the West, even though the word parampara connotes movement and flow whereas ‘tradition’ in western cultural terms is defined as ‘the handing-down of patterns of behavior, practices, and beliefs that are valued by a culture’. Acknowledging this slippage of translation, Dipesh Chakrabarty in ‘Provincializing Europe’ describes a problematic of ‘rough translation’. These were often derived from colonialist literature and replicated colonialist approximations, and to ‘challenge that model of “rough translation” is to pay critical and unrelenting attention to the very process of translation’ (Chakrabarty 2000: 17). Perhaps these ‘rough translations’ are such that tradition remains an inadequate and ‘rough translation’ for the word parampara. As these dancers move between the discursive worlds of India and the West – and between the languages of English and Oriya (or Hindi or Bengali) – they address the power and consequences of both languages in how they position and perform their work. These varied notions of tradition or parampara are perpetuated by highly naturalized metaphors of nature, allowing them the freedom to interpret the traditions of Odissi both strategically and innovatively.

The practice of sadhana

How does one analyse a ritual practice entwined with the sacred, now performed on a global stage, in the language of the social sciences? Chakrabarty makes the argument that in order to write secular histories one often ignores the sacred (2000: 72). For a dance like Odissi that is both secular and sacred, especially in its current form, the scholar/translator/dancer faces a challenge of translation. I argue that the lines that are supposed to separate the ‘sacred’ and ‘secular’ are actually blurrier than Chakrabarty posits, and that though boundaries do exist, the cordoning off happens through everyday, unmarked movement practices, that are part of a daily practice as well as a performance practice. Consequently, if we are to understand the secular and sacred, it is crucial that we pay attention to the daily practice and the performance, recognizing that the secular and the sacred are not easily demarcated, but can be contained in the same spatial setting. To illustrate, the simple act of taking off our shoes before we enter a rehearsal or performance space can be viewed as an everyday demarcation between secular and sacred space. The bhumi pranam, the first movement phrase a student of Indian dance will learn, is described as asking permission from the Earth before dancing, and is a simple squat and bow to the ground, completed by placing dust of the floor on one’s forehead or placing the crown of one’s head on the floor. If the dancer practices alone, the bhumi pranam marks the beginning and the end of practice even if the guru is not present. The bhumi pranam during performance is incorporated into the first invocatory dance of the margam, the Mangalacharan. And if the performance departs from the traditional margam, then often performers will do it onstage before the performance or backstage in the green room. This bhumi pranam is an acknowledgement of the sacred, but is folded into an unmarked practice through a gestural and spatial demarcation that transforms the space from an unmarked, secular space into a sacred, performance space.

As another way to understand a bodily practice that is not completely ‘secular’, I employ the use of the term sadhana/daily practice. Sadhana is a combination of discipline and practice ideally done with the guidance of a guru. It is a practice characterized by intention, and is based on the idea that through repetition and awareness there is a movement towards perfection. Sadhana is not unique to dance, and is also used by practitioners of yoga, music and other performing arts. In yoga, the lived life of a yogi/yoga practitioner is not separate from the practice: the lines between the practice of yoga and one’s daily life are blurred. Similarly in dance, even if one is not rehearsing or practicing or performing, sadhana informs how you conduct yourself both on-and offstage. Sadhana then becomes a means to develop this aptitude of bodily discipline through repetition and awareness. During my fieldwork, much of the anxiety that I heard about around the practice and performance of Odissi concerned a lack of sadhana. Kumkum Mohanty, a dancer based in Bhubaneswar, talks passionately about the importance of sadhana:

Sadhana is most essential factor for an artist. How many people do sadhana? They are scared of sadhana. This capsule age, everybody wants to get the maximum without having the minimum level. I must say that invisible power supports somebody. I must do 7 hours, 8 hours practice. Practice without supervision has no meaning. I feel if I’m doing well now it is because of my guru’s supervision for 40 years. I tell you, each cell of my blood, it’s full of instruction.

For Mohanty, sadhana alone cannot ensure the success of a dancer. But sadhana coupled with the guidance of the guru and divine blessings is necessary for a dancer to achieve a level of success.